A Study of The Gospel of Luke Part 4

The theme of our 4th study in the book of Luke is “Resurrection Sunday!”

Today is Easter so again, we turn to the end of the book of Luke for an appropriate lesson for the day. (Luke 24:1-9)

The Resurrection of Hope

HE IS RISEN AND HE IS ALIVE!

Now on the first day of the week, very early in the morning, they, and certain other women with them, came to the tomb bringing the spices which they had prepared. But they found the stone rolled away from the tomb. Then they went in and did not find the body of the Lord Jesus. And it happened, as they were greatly perplexed about this, that behold, two men stood by them in shining garments. Then, as they were afraid and bowed their faces to the earth, they said to them, ”Why do you seek the living among the dead? He is not here, but is risen! Remember how He spoke to you when He was still in Galilee, saying, ‘The Son of Man must be delivered into the hands of sinful men, and be crucified, and the third day rise again.’ ” And they remembered His words. Then they returned from the tomb and told all these things to the eleven and to all the rest.

We serve a Living God. We worship a Risen Savior. Death couldn’t hold Him, and the grave couldn’t keep Him. He accomplished what He came to do. He laid His life down and He took it back up again with you and me in mind!

Now you may have a question in your mind that says, ”How do you know He is risen?” Here are just a few proofs:

He said He would be right there in the midst of us when we gather in His name, not in the same building but in the same Spirit. His presence is known in the true New Testament church and in the hearts of true believers.

2. Many eyewitnesses saw Him after He rose

Jesus made numerous appearances after His death. The Scripture records that Jesus was seen by more than 500 people at one time. Some may argue that a few people could have agreed to a deception, but the consistent and prolonged collaboration of 500 people seems unlikely.

3. The Christian church continues to grow

From the time that the church was birthed right after the Resurrection in Acts 2, the church has grown and infiltrated into every nation in the world. Acts 2:41 says, ”There were added that day about three thousand souls” (ESV). That group of believers multiplied into the hundreds of millions of believers worldwide today.

Jesus fulfilled the Suffering Servant prophecies in Isaiah 53, Psalm 22 and other places in the Old Testament and He died on Passover to fulfill the Mosaic law. But then He did something that no other had ever done. He ROSE FROM THE DEAD conquering the power of death, giving victory over sin and the promise of eternal life in the lives of those who would believe in Him.

5. The most powerful evidence is a changed life

Jesus lives in believers by His Holy Spirit who transforms them to become more like Jesus and empowers them to share the good news of the resurrection with others.

That to me is the most conclusive indication of His resurrection – that He lives in believers and transforms them. 41 years ago, Jesus came into my life and changed me. He delivered me, He gave me peace; my guilt and shame were gone. He opened my eyes to the beauty of His creation. He placed in me a desire to serve Him and bring others to come to know Him. Jesus is so real, that me and you and countless other believers throughout the world and throughout the ages have willingly given their lives for the sake of the One who gave His life for them.

The story of Easter is not about a poor soul from Nazareth who was falsely accused and sentenced to death. No, the story of Easter began in the heart of God before time began. God had a plan in redeeming humankind to Himself by bridging the gap that sin created.

He did this by sending His own Son in the likeness of human flesh so that whosoever would believe in Him would be redeemed and reconciled back to God again. Nothing could bring us back to God. Nothing could make us right with God. No good works, not even the keeping of Moses’ law could save us because we could never keep it perfectly. We needed a perfect Savior to redeem us.

The story of Easter is about the work of the CROSS and the power of the RESURRECTION.

Here’s the Good News of the Resurrection of Jesus for us:

Through the cross we are forgiven of all sins, and through the resurrection we are set free from the captivity to sin. Freedom from bondages and addictions, chains break, and shackles fall because Jesus rose!

Through the cross our old life is passed away with all its guilt, shame, misery, and hopelessness, and through the resurrection our new life begins, hope is restored and there is no more guilt and shame! We had a ton of sins that went to the cross, but in the resurrection, our sins no longer count against us! We are justified!

Romans 4:25 (NIV) He was delivered over to death for our sins and was raised to life for our justification.

Through the cross sickness and disease were conquered, and through the resurrection healing flows.

Through the cross our sadness, grief and sorrow were placed there, and through the resurrection, joy is restored.

Through the cross death is defeated and the fear of death is cancelled, and through the resurrection we live boldly, courageously, unashamed and unstoppable in our life on earth.

Revelation 1:17-18 And when I saw Him, I fell at His feet as dead. But He laid His right hand on me, saying to me, ”Do not be afraid; I am the First and the Last. I am He who lives, and was dead, and behold, I am alive forevermore. Amen. And I have the keys of Hades and of Death.

You know why you can live fearless? Because right there in those scriptures, for you He conquered Hell, Death and the power of the devil!

Through the cross the enemy was defeated, and through the resurrection, we are victorious and more than conquerors. More than that, Jesus has given us authority in His name over all the power of the enemy. He rose in Victory, but it’s our victory!

Through the price that Jesus paid on the cross we realize our value or worth to Him (He loved us that much and placed that much value and worth on us that He died for us), and through the resurrection we now live our lives to worship Him (we give Him ”worth-ship”) and bring Him glory.

Jesus told the story of the Pearl of Great Price.

Matthew 13:45-46 ”Again, the kingdom of heaven is like a merchant seeking beautiful pearls, who, when he had found one pearl of great price, went and sold all that he had and bought it.

That’s who you are to Him.

And our response? We cannot help but live a life of worship unto our Risen Savior who gave it all for us!

Revelation 5:11-13 Then I looked, and I heard the voice of many angels around the throne, the living creatures, and the elders; and the number of them was ten thousand times ten thousand, and thousands of thousands, 12 saying with a loud voice: ”Worthy is the Lamb who was slain To receive power and riches and wisdom, And strength and honor and glory and blessing!” And every creature which is in heaven and on the earth and under the earth and such as are in the sea, and all that are in them, I heard saying: ”Blessing and honor and glory and power Be to Him who sits on the throne, And to the Lamb, forever and ever!” 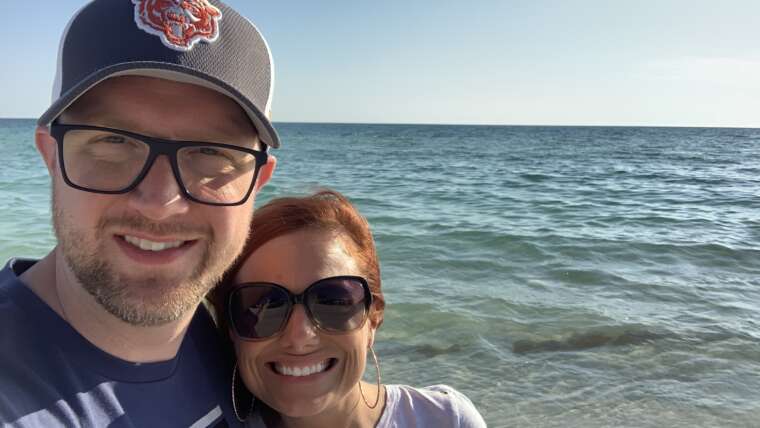