A Study of The Gospel of Luke Part 7

Last week we looked at how the concept of ultimate authority and absolute truth stands in direct opposition with contemporary culture. This week I want to expand on the topic of “authority” by moving to the Biblical principle of- “Living Under Kingdom Authority”. We will be moving from the book of Luke to 1 Corinthians as we pursue a Biblical understanding of “Living Under Kingdom Authority.”

As you read this portion of scripture give careful consideration to verses 6-8 in light of our study of Kingdom Authority. We will return to this passage later in this study.

Please learn this today: God didn’t save you simply to survive, but to thrive! That’s what we read in 1 John 5:4-5, “For whatever is born of God OVERCOMES THE WORLD.  And this is the victory that has overcome the world – our faith.  Who is he who overcomes the world, but he who believes that Jesus is the Son of God?”

I believe that we need to develop a greater confidence in this Biblical truth.  Romans 8:37 says, “we are MORE THAN CONQUERORS through Him who loved us.”  The Greek word that’s translated here, ‘MORE THAN CONQUERORS’ (upernikomen): ‘Super Nike, Super Victors.’  This word was used to describe a lopsided victory, a rout!

With your salvation comes Kingdom Authority that equips you for victory over the world, over the flesh and over the devil.  We are now “more than conquerors.”  ‘For whatever is born of God OVERCOMES the world.’

So then why are so many believers losing ground in areas that should be advancing in? Why are so many children of God struggling with walking in the full provisions of Kingdom Authority?

We have an enemy that is warring against our welfare and happiness.  An enemy who, “walks about like a roaring lion, seeking whom he may devour.” (1 Peter 5:8).  He is seeking to destroy you and those you love.

Ephesians 6:12 tells, “For we do not wrestle against flesh and blood, but against principalities, against powers, against the rulers of the darkness of this age, against spiritual hosts of wickedness in the heavenly places.”

We are not wrestling against flesh and blood. Our enemy is a spiritual opponent and the battle is a spiritual battle.  Since our enemy knows he cannot defeat Jesus, he tries to cripple those whom God loves.

Yet, God tells us that we are, “more than conquerors,” and “that whatever is born of God overcomes the world.”  How does that work?

But thanks be to God, who gives us the victory through our Lord Jesus Christ.  Therefore, my beloved brethren, be steadfast, immoveable, always abounding in the work of the Lord, knowing that your labor is not in vain in the Lord.

Listen and believe what Jesus tells us in Luke 10:19.

Behold, I give you AUTHORITY to trample on serpents and scorpions, and over all the power of the enemy, and nothing shall by any means hurt you.

He NOW gives us that same Kingdom Authority!  Along with your relationship with Christ, you have been given AUTHORITY “over ALL the power of the enemy, and nothing shall by any means hurt you.”

During our study, we’re going to learn from the book of 1 Corinthians on how to live under Kingdom Authority, as we become overcomers!  If I had one desire for you, it would be for you to learn to live with this power.

Now to help us prepare for what we’re going to experience through the book of 1 Corinthians in learning how to live under Kingdom Authority and becoming overcomers, let’s take a few minutes to lay the groundwork.

That groundwork is found in Luke 7 where we find Jesus healing a Centurions’ servant.

Now when He concluded all His sayings in the hearing of the people, He entered Capernaum. And a certain centurion’s servant, who was dear to him, was sick and ready to die. So when he heard about Jesus, he sent elders of the Jews to Him, pleading with Him to come and heal his servant. And when they came to Jesus, they begged Him earnestly, saying that the one for whom He should do this was deserving, ‘for he loves our nation, and has built us a synagogue.’

Then Jesus went with them. And when He was already not far from the house, the centurion sent friends to Him, saying to Him, ‘Lord, do not trouble Yourself, for I am not worthy that You should enter under my roof. Therefore I did not even think myself worthy to come to You. But say the word, and my servant will be healed. For I also am a man placed under authority, having soldiers under me. And I say to one, Go,’ and he goes; and to another, Come,’ and he comes; and to my servant, Do this,’ and he does it.’  When Jesus heard these things, He marveled at him, and turned around and said to the crowd that followed Him, ‘I say to you, I have not found such great faith, not even in Israel!’ And those who were sent, returning to the house, found the servant well who had been sick.’

Jesus ‘marveled at him.’  Let me tell you something: when you say something that even amazes Jesus, you have said a mouthful!  So, what did he say that amazed or marveled Jesus? Look at this…

“For I also am a man placed under authority…”

Here is a man who understood authority and living under that authority. He had people reporting to him as he reported to other people above him.  The centurion knew he could not have soldiers under him if he was not under the authority of the officers over him.

Let me simplify that even more: you can never be over, until you’re under.  That’s what got the church at Corinth in so much trouble.  There in that church were divisions and scandals of immorality and as a result they were actually hindering the progress of the gospel. The leadership was in a mess.  The membership was in a mess. They failed to live under the Kingdom Authority.

Before we begin our study of 1 Corinthians where we’re going to discover Life under Kingdom Authority, we need for two things to take place in our lives:

The Recognition of Kingdom Authority.

The Submission to Kingdom Authority.

The secret to living under Kingdom Authority is submission.  Do you remember the centurion?  He had authority only because he was under authority.  Don’t think for a second that being under authority somehow binds you. It liberates you!

Consider a train. A train was meant to run on a track of steel.  It’s free to be what it was made to be than a so-called “free train” that chooses to jump the tracks and take off through the woods.  It’s only free to wreck.  A train is made to run on tracks, not off the tracks into the woods.  What the tracks are to a train, Kingdom Authority is to us!

Listen to how Peter describes life on the tracks in 2 Peter 1:3-4, “as His divine power has given us all things that pertain to life and godliness, through the knowledge of Him who called us by glory and virtue, by which have been given to us exceedingly great and precious promises, that through these you may be partakers of the divine nature, having escaped the corruption that is in the world through lust.”

As we go through the book of 1 Corinthians, I’m praying that God will wake you up and that you understand what God has already given you: AUTHORITY, KINGDOM AUTHORITY.

The strength of Kingdom Authority is incredible.  We don’t need to have physical, intellectual, or financial strength to overcome Satan.  All we need is God-given authority through Jesus.

A man named Joseph T’son was a Romanian Pastor that suffered brutal beatings, imprisonments and death threats to him and his family because of his faith in Christ.  He would tell how his wife who was dying of cancer that he had no medical assistance due to his faith in Christ.  One day the authorities came to his house and told him that if he would renounce his faith in Jesus, that they would see to it that his dying wife would get the medical attention that could save her life.  He refused and she died sometime later.

He explained the difference between Christians in Romania who faced great persecution and Christians in America.  Dr. Adrian Rogers, in his book, The Incredible Power of Kingdom Authority, records what Pastor T’son said:

He said, “The key word among American Christians is ‘commitment,’ a word that didn’t come into great usage in the English language until the 1960’s.  In Romania we do not even have a word to translate the English word commitment.’”

He went on to say “when a new word comes into usage, it generally pushes an old word out.”  While doing a study he found the old word that “commitment” replaced was the word “surrender.”

He explained the significance. “Here is the difference between commitment and surrender.  When you make a commitment, you are still in control, no matter how noble the thing you commit to.  One can commit to pray, to study the bible, to give his money, or to commit to making car payments, or to lose weight.  What he chooses to do, he commits to.  But surrender is different.  If someone holds a gun and asks you to lift your hands in the air as a sign of surrender, you don’t tell that person what you are committed to.  You simply surrender and do as you are told.”

He said, “Americans love commitment because they are still in control.  But the key word is surrender.  We are to be the servants of the Lord Jesus Christ.”

I’ve come to believe that one significant reason so many believers suffer defeat and experience discouragement is because we have made too many commitments without having ever surrendered to Christ.

Overcomers are those who surrender to Kingdom Authority.

-Under Kingdom Authority we have authority.

-Outside Kingdom Authority we have no authority.

-Under Kingdom Authority we have power.

-Outside Kingdom Authority we have no power.

-Under Kingdom Authority we have victory.

-Outside Kingdom Authority we have defeat.

-Under Kingdom Authority we are overcomers.

-Outside Kingdom Authority we are overcome.

1 John 5:4 For whatever is born of God overcomes the world…

Romans 8:37 for we are more than conquerors through Him who loved us… 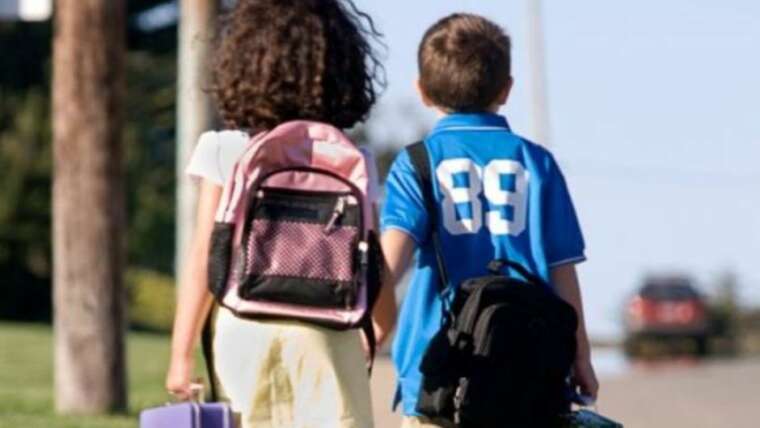