Key Thought: No Divisions Among You

Salvation moves us from victims to victors!  Salvation turns us into overcomers rather than being overcome! 1 John 5:4-5, “For whatever is born of God OVERCOMES THE WORLD. And this is the victory that has overcome the world our faith. Who is he who OVERCOMES the world, but he who believes that Jesus is the Son of God.”

What does it mean to OVERCOME? The word used here is where we get our English word Nike. It means to conquer, to gain a victory, to overcome. It was used to describe the athlete who reigned supreme as champion, a dominator!

The word John uses in 1 John 5 that’s translated “overcomes” comes from the same word Paul uses in Romans 8:37,“…we are MORE THAN CONQUERORS through Him who loved us.”

Listen again to what Jesus tells us in Luke 10:19, “Behold, I give you AUTHORITY to trample on serpents and scorpions, and over all the power of the enemy, and nothing shall by any means hurt you.”You now have access to authority over the one who is out to do you harm!  Greater is He who is in you, than he who is in the world!

Therefore, ultimately nothing shall by any means hurt you, which means to harm you, or to commit an injustice.

How does that work? Joseph in the book of Genesis understood how that works. After experiencing all kinds of personal and family problems, Joseph stood before his family members who had tried to bring so much harm and hurt into his life and said in Genesis 50:20, “But as for you, you meant evil against me; but God meant it for good, in order to bring it about as it is this day, to save many people alive.”

The secret to overcoming rather than to be overcome is living under Kingdom Authority.

And beginning in 1 Corinthians 1:10, we’re going to discover that Under Kingdom Authority there is unity.

Outside of Kingdom Authority there are divisions.

We begin reading in 1 Corinthians 1:10 as we learn about—

No Divisions Among You.

Now I plead with you, brethren, by the name of our Lord Jesus Christ, that you all speak the same thing, and that there be no divisions among you, but that you be perfectly joined together in the same mind and in the same judgment. For it has been declared to me concerning you, my brethren, by those of Chloe’s household, that there are contentions among you. Now I say this, that each of you says, I am of Paul, or I am of Apollos, or I am of Cephas, or I am of Christ. Is Christ divided? Was Paul crucified for you? Or were you baptized in the name of Paul?  I thank God that I baptized none of you except Crispus and Gaius, lest anyone should say that I had baptized in my own name. Yes, I also baptized the household of Stephanas. Besides, I do not know whether I baptized any other. For Christ did not send me to baptize, but to preach the gospel, not with wisdom of words, lest the cross of Christ should be made of no effect.

One reason for living under Kingdom Authority, Division never strengthens our witness; it only WEAKENS our witness.

Verse 10 says, “Now I plead with you, brethren, BY THE NAME OF OUR LORD JESUS CHRIST.”

The expression, the name of the Lord, is synonymous with the word AUTHORITY.  Paul was speaking to them by the same authority that they had forfeited by their disobedience to God’s Word.

Learn this: open disobedience to God’s Word moves us out from under Kingdom Authority.

“Only let your conduct be worthy of the gospel of Christ, so that whether I come and see you or am absent, I may hear of your affairs, that you stand fast in one spirit, with one mind striving together for the faith of the gospel.”

Kingdom Authority requires obedience to the Word of God! The believers at Corinth were not standing fast in one spirit, they didn’t have one mind and they were no longer striving together for the faith of the gospel and therefore forfeited their Kingdom Authority that was meant for them!

Let me show you what happens to a fellowship of believers that forfeit their Kingdom Authority through disobedient living.

1. Divisions PARALYZE the endeavors and efficiency of the church.

Division degrades the ministry of the Word.

Even the pagans know that we should be getting along with one another.  How can we expect the lost in our community to listen to what we have to say about Jesus and listen as we share the gospel if we fuss and feud?  I’m just telling you, they won’t!

No wonder Jesus prayed what He did in John 17:20-21, “I do not pray for these alone but also for those who will believe in Me through their word: that they all may be one, as You, Father, are in Me, and I in You; that they also may be one in Us, that the world may believe that you sent Me.”

Division disrupts the ministry of the Spirit.

They weren’t divided yet, but they were on their way. The word translated divisions “schisma” refers to a faction or a tear, not a complete division or lack of unity.  This word would be used to describe a tear in your shirt or pants that hadn’t completely separated.

That’s what they had in their fellowship: a tear, factions that if left unattended, would eventually grow into a complete division.

Speaking the same thing is having a biblical world view!

You can reach the point in your spiritual life where a tune up is necessary and needed!

And the tune up for the believers at Corinth included realignment in their thinking!  It wasn’t their timing that was off, it was their thinking.  Proverbs 23:7, “For as he thinks in his heart, so is he.”

They needed to start fulfilling God’s purpose.  Once they started seeing things from God’s perspective, then they could begin living out God’s purposes.

(1) Divisions Paralyze the Endeavors and Efficiency of the Church.

-It degrades the ministry of the word of God.

-It disrupts the ministry of the Spirit.

2. Divisions Damage the Identity and Reputation of the Church.

Verse 11, For it has been declared to me concerning you, my brethren, by those of Chloe’s household, that there are contentions among you.

Paul was back at Ephesus in the last year of a three-year ministry and word got to him about the strife taking place among the believers at Corinth.  Today with Facebook, Twitter, Text Messaging, Emailing, word now travels faster and farther than ever before.

-it gives churches a negative identity or reputation.

That’s what happened with the church at Corinth.  Verse 11, “For it has been DECLARED to me concerning you.” It has been reported, it has been made known!  What has been made known? That there are contentions among you. Word traveled fast and it travels faster today!  Someone can send out a tweet right now, good or bad, and within seconds those who follow that person will read it.

We have a choice to make concerning what we put on social media.

As Christians we need to weigh our words carefully before we put them on social media, because our words reflect out treatment of someone’s name or reputation.

We should never put anything negative or bad about our church or church family on social media. It’s not because we can’t, because we can. We don’t do it because we won’t do it!  (I grew up hearing, If you can’t say something good about a person, don’t say anything at all.)

We won’t because it damages name’s and reputations and therefore hinders the progress of the gospel.

A good reputation takes years to build and only seconds to destroy. That’s true in our life and it’s true for our church. The church at Corinth was becoming branded!  Word was getting out: the folks up at that church can’t get along.

When I think of some of the challenges we have today when it comes to reaching people with the gospel and growing God’s Kingdom, which means more opportunities for ministry and missions; I don’t want to say or do anything that would hinder that.

One pastor said concerning his church, “we don’t need to become famous for the wrong reasons!” We need to protect our identity; our reputation for the sake of the gospel.

If there are things going on in a church, it needs to become a matter of prayer to God and not conversation among the members and allow God to bring healing.

Verses 12-13, “Now I say this, that each of you says, I am of Paul, I am of Apollos, or I am of Cephas, or I am of Christ. Is Christ divided?  Was Paul crucified for you?  Or were you baptized in the name of Paul?”

The Devil polarized the church over leadership leaving the church fractured.

In the church at Corinth, the membership fell into four cliques that polarized them.

2. There were those that said, I am of Apollos.

4. There were those that said, you may be of Paul or Peter or Apollos, but I am of Jesus.

When they said I am of Jesus, they weren’t saying something good, they were using this as a point of contention.

When you move out from under Kingdom Authority, there comes

-more devotion to a person instead of Christ

-more attention to the messenger than the message. 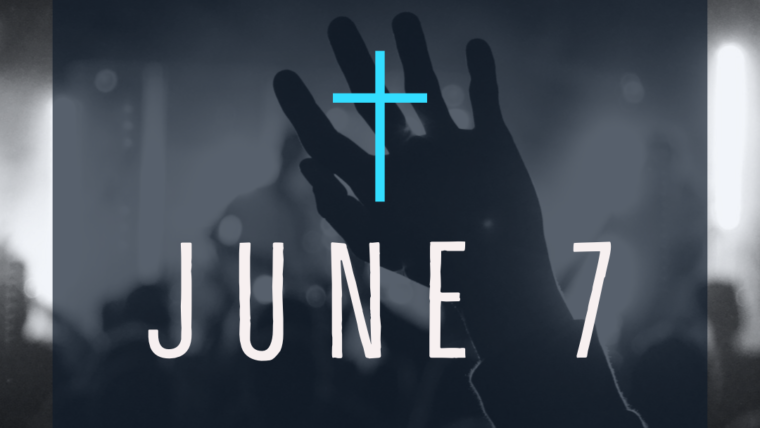 Reopening BCOG: A message and guidelines from Pastor Charles Tate and the BCOG Leadership Team