As we begin our study, listen to what God tells us in 1 John 5:4-5, “For whatever is born of God OVERCOMES THE WORLD. And this is the victory that has overcome the world – our faith. Who is he who overcomes the world, but he who believes that Jesus is the Son of God.”

Jesus came into your life making you an overcomer not for you to be overcome! And listen to what Jesus has to say to you today from Luke 10:19,“Behold, I give you AUTHORITY to trample on serpents and scorpions, and over all the power of the enemy, and nothing shall by any means hurt you.”

It’s not a self-generated authority, it’s a God-given authority that’s been given to you! As a child of God, He has given you AUTHORITY ‘to trample on serpents and scorpions …’ The Bible describes our enemy as ‘a lion seeking whom he may devour,’ and here as a ‘serpent’ or snake and a ‘scorpion.’

Now let me ask you a question: did the members of the church at Corinth have access to Kingdom Authority ‘over all the power of the enemy?’ Yes!  Then why were so many of them suffering defeat to ungodly things? They were not living under Kingdom Authority.

-They were no longer under the Word of God.

-They were no longer loving and living and obeying the Word of God.

-They were no longer being daily filled with the Holy Spirit.

We must constantly remind ourselves that before we can have authority ‘over all the power of the enemy,’ we must first be under authority!

Now with that in mind, look with me to 1 Corinthians 1 as we begin discover what Living Under Kingdom Authority is all about.  It’s here in the first nine verses we hear the Apostle Paul declare that as children of God that we are,

1’Paul, called to be an apostle of Jesus Christ through the will of God, and Sosthenes (SAHS thih neez) our brother, 2 To the church of God which is at Corinth, to those who are sanctified in Christ Jesus, called to be saints, with all who in every place call on the name of Jesus Christ our Lord, both theirs and ours: 3 Grace to you and peace from God our Father and the Lord Jesus Christ. 4 I thank my God always concerning you for the grace of God which was given to you by Christ Jesus, 5 that you were enriched in everything by Him in all utterance and all knowledge, 6 even as the testimony of Christ was confirmed in you, 7 so that you come short in no gift, eagerly waiting for the revelation of our Lord Jesus Christ, 8 who will also confirm you to the end, that you may be blameless in the day of our Lord Jesus Christ. 9 God is faithful, by whom you were called into the fellowship of His Son, Jesus Christ our Lord.’

The church at Corinth had problems and lots of them, but they also had promise and lots of it!  They had promise for the same reason Brookport Church of God has promise: Jesus tells us in the last part of Matthew 16:18, “I will build My church, and the gates of Hades shall not prevail against it.”

I want to encourage you, as members of Brookport COG, to be faithful, to be prayerful, and generous as we move forward! There is no limit to what God can do through those living under Kingdom Authority, who are FAITHFUL, PRAYERFUL, and GENEROUS!

Now as Paul begins this letter, he reminds them in verse 2 that they are ‘the church of God,’ he was describing a new possession.  These people now belonged to God!  They were His ‘purchased possession.’

In fact, the word translated, ‘church’ (ekklesia: out of, to call) that is, ‘those who have been called out of the world and unto the Lord,’ therefore they were now SET APART!

Verse 2, ‘To the church of God which is at Corinth, to those who are sanctified in Christ Jesus, called to be saints’

-Kingdom Authority gives us power over our enemy.

-Power over our enemy gives us victory each day.

Let me give you three timeless truths about being sanctified that you need to know in order to live under Kingdom Authority.

So why do you suppose Paul was reminding them of their position before God, now that they were saved?  For the same reason that many parents remind their kids as they leave home to go somewhere: ‘Remember who you belong to.’

Why do you suppose they do that? They want to remind their kids that their actions are a reflection on the parents. There is certain behavior that will not be accepted.

They had removed themselves out from under Kingdom Authority, leaving them defenseless and therefore defeated by the enemy.

They had lost the awareness of the presence of God! They were living in defeat to unholy things!  They had forgotten whom they belonged to!

May I remind you.

-Do not forget to whom you belong.

-Do not lose your awareness of the presence of God.

-Applying these principles will enable you to live in victory over unholy things.

Remember your Position before God: Sanctified!  Don’t forget to whom you belong!

Verse 2, ‘ to those who are sanctified in Christ Jesus, called to be saints…’ The words ‘to be’ do not appear in the original language.

The translators, to make the Greek text a complete sentence in English, add them.

So, verse 2 actually says, ‘to those who are sanctified in Christ Jesus, called saints.’

Now, look with me to verses 5-6, ‘you were enriched in everything by Him in all utterance and all knowledge, even as the testimony of Christ was confirmed in you,’

Did you know that as a child of God you have been ‘enriched?’ That is, have great wealth!

The kind of wealth that Jesus spoke of in Matthew 6:19-20, ‘Do not lay up for yourselves treasures on earth, where moth and rust destroy and where thieves break in and steal, but lay up for yourselves treasures in heaven, where neither moth nor rust destroy and where thieves do not break in and steal.  For where your treasure is, there your heart will be also.’

Now watch this: Verse 6, ‘even as the testimony of Christ was confirmed in you,’ Do you see the word ‘confirmed?’ It means ‘to make a stand, to make firm, to authenticate, to prove to be true.’

They had a testimony before those in Corinth that authenticated the life-changing message of the gospel. There was a time they had been using their spiritual gifts to edify and build up the church as seen in verse 7, ‘so that you come short in no gifts …’

That church had every spiritual gift needed to fulfill the purposes of God!  They had a membership whose lives authenticated or proved that the gospel was true.  They were taking a stand on truth and for truth.  They were living and loving and serving and worshipping and witnessing in light of the second coming of Jesus, for we read in verse 7 that they were ‘eagerly waiting for the revelation of our Lord Jesus Christ,’

They were living under Kingdom Authority!

‘ .. to those who are sanctified in Christ Jesus, called to be saints …’

(1) Sanctified is our POSITION.

(2) Sanctified is our PRACTICE.

(3) Sanctified is our PRAISE.

Verse 9, ‘God is faithful, by whom you were called into the fellowship of His Son, Jesus Christ our Lord.’ That’s our praise: that God is faithful!  He is faithful even when we are faithless! I want to tell you; God is not ready to give up on you. No, He’s not! He loves you and wants to see you have authority over you enemy.

Deuteronomy 7:9, ‘Therefore know that the LORD your God, He is God, the faithful God who keeps covenant and mercy for a thousand generations with those who love Him and keep His commandments.’

Now we’re going to see next time beginning in verse 10 that something went haywire in the church that led to divisions, strife, friction and factions, causing the work of God to be hindered.

When they moved out from under Kingdom Authority: their life, their families, their witness all went nonfunctional.  And rather than having AUTHORITY ‘over all the power of the enemy,’ they lost that AUTHORITY and started living in defeat rather than in victory.

You can never be over until you’re under.

How do have Kingdom Authority? THROUGH Christ and FROM Christ, and comes by our living UNDER Christ! For you will never be over until you’re under!

(1) Sanctified is our POSITION.

(2) Sanctified is our PRACTICE.

(3) Sanctified is our PRAISE. 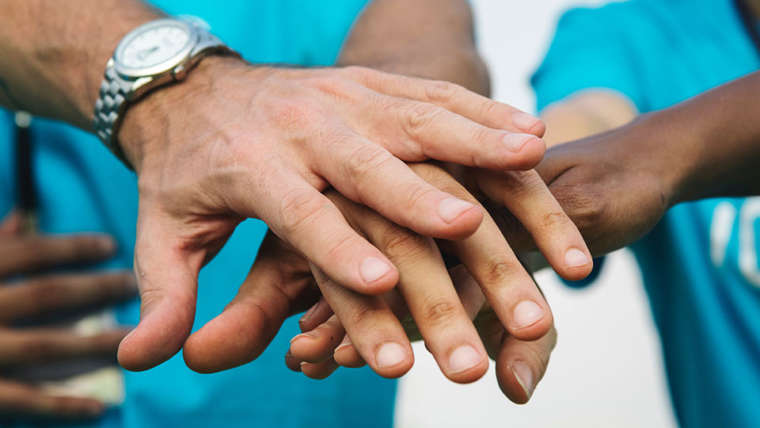 Grateful at All Times, in All Things